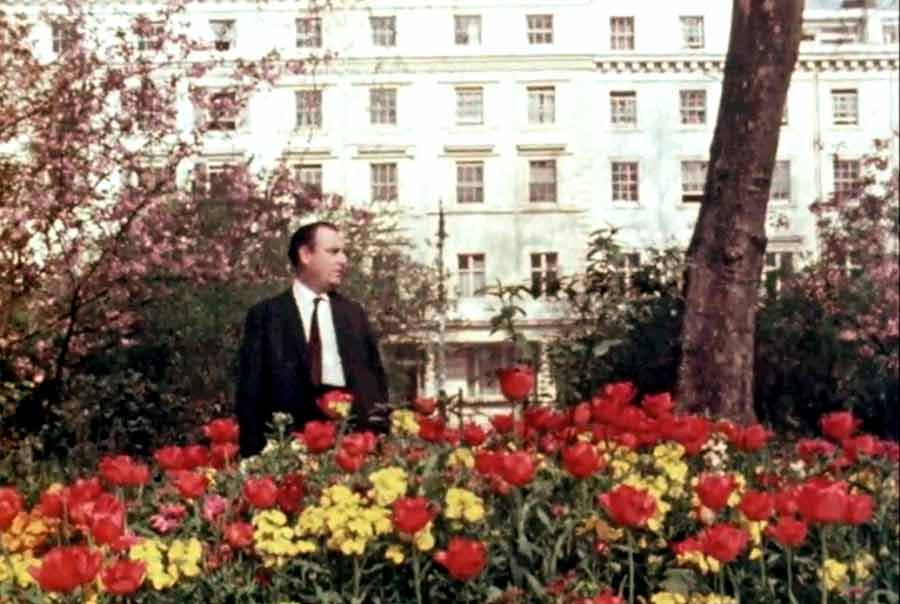 Pimlico has retained much of its “village within a city” charm, though social housing is under threat in SW1 – among Britain’s most expensive postcodes. 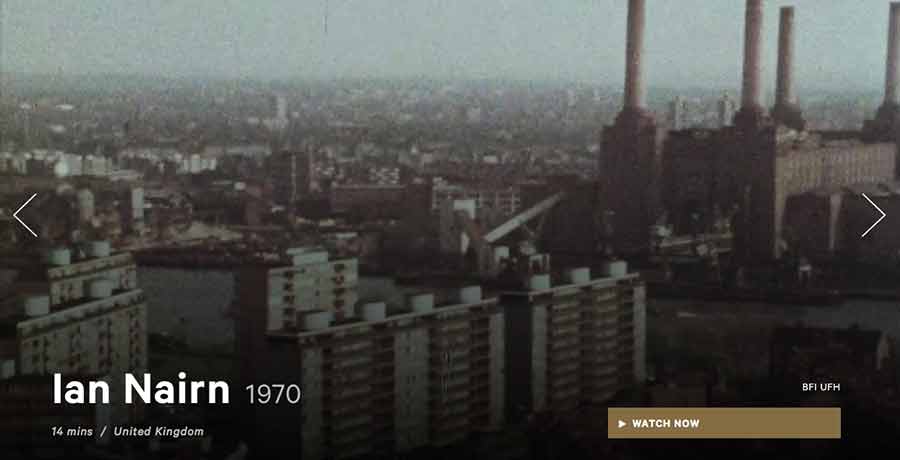 Ian Nairn (1930-1983) was a maverick in the world of architectural journalism whose work influenced many critics and writers, including those working in the field of “psychogeography” such as Iain Sinclair. In the late 60s and early 70s he became an unlikely TV personality, presenting evocative BBC series including Nairn Across Britain, which blended his unique style of architectural criticism with gently melancholic commentary on Britain’s neglected byways. His local pub, seen here, was his preferred “office desk”; one factor in his untimely death. This film was made for the government-sponsored series No Two the Same, intended to promote British culture to an international audience.